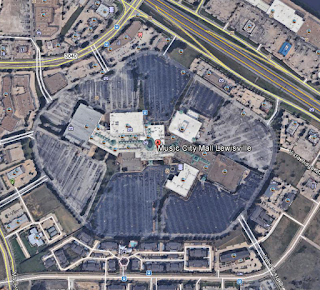 With the recent acquisition of the former Sears building of the Music City Mall complex in Lewisville by Zion Market partnered with a prominent local management company, all the advantages go to the future Zion Market Center.

There is an estimated 100,000 Korean population in the North Dallas region of DFW alone. Along with a significant number of Japanese, Vietnamese, Indian, Thai, and Chinese, the Asian population is an economic force as well as a culinarian's dream.

All of these cultures are seeking a reliable source for fresh produce and complimentary supplies and services.

The influence of H-Mart in North Dallas was a springboard for an explosion of successful Asian Centers led by the Asian Town Plaza on the George Bush and Denton Road in Carrollton.

Another Korean center recently broke ground in North Carrollton off Highway 121.
But both centers are going to take an instant back seat to the advantages the Lewisville Music City Mall will offer!
The Dallas Korean Festival will be held on Saturday, November 10th at the Asian Town Plaza. Last years attendance was estimated at 40,000 and this year promises to be an equal success.
With a coordinated effort to speed up the development of the Plaza, The 2019 Dallas Festival is poised to be hosted by the Zion Plaza at Lewisville’s Music City Mall!

Richard Kang leads a team of local visionaries and partners who not only developed the Asian Market Center in Carrollton, but also have helped to bring many successful Asian businessmen, restauranteurs, and entrepreneurs together throughout the DFW Metro-Plex and all the way to the East Coast.
He talks about how Kyu M. Hwang was investigating the opportunity to bring Zion Markets to North Texas. It has taken three years of considering the best options and locations to entice the prominent West Coast Asian Market chain to plant their flag in Texas.
When the opportunity to buy the former Sears building came up, all the stars had aligned! The Way Management was established and poised to bring the 38 restaurants, retailers, and professional services to round out the Metro Plex’s most dynamic Asian concept.
Their team was already skilled with state and local regulations and had established relationships with the local authorities.
Richard Kang has been a resident of Lewisville for the past eighteen years as a realtor and property manager. His team not only developed the Carrollton Asian Center but also guides Multi-Use Development projects across DFW already.

I asked Mr. Kang about how this all came to be. “Throughout my experience with Mr. Hwang, I was pleased to discover many things that made our partnership an easy decision.
It is obvious that the Hwang family have proven to be very successful businessmen. Not only have they been courteous and very approachable, but in addition, Kyu has proven to be extremely responsive in his follow-up and always good to his word. His heart is good.
He has proven that he cares about his employees, his community, and his associates. It has been a pleasure to be involved with such a man. I expect this project to be a great success.” 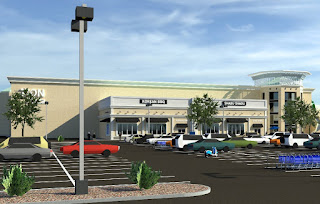 The former Sears building is a 150,000 sq. ft. two-story building with a prominent view of I-35.
The flagship will be the 50,000 sq. ft. Zion Market on the ground level along with featured restaurants and access to family activity centers.
The second level will include over 20,000 sq. ft. in restaurants, retail, and professional services. A total of 38 separate business will employ over 500 full-time staff.
It is anticipated that the Asian influence will bring an average of 30,000 shoppers per week, 120,000+ monthly, you do the rest of the math!
The economic impact could easily bring in $150 Million dollars to Lewisville by offering an extraordinary array of options and adventures for the North Texas communities.
Trying to calculate the impact of traditional mall-goers with the opportunity to engage in Asian culture is impossible to anticipate. But given the way North Texans have embraced the foods of the Orient, this looks to be a new and exciting gateway to even more integration of cultures.