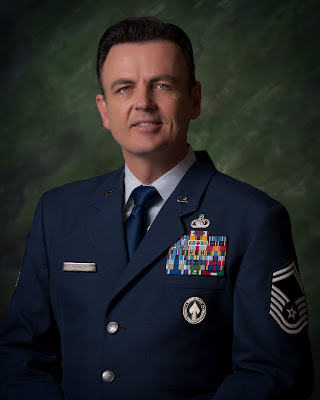 Barnett Walker was born on the 4th of July, raised in North Texas, and has served his country, community, and career choices at the highest levels. Now, he is fulfilling a quest that began during the summer of his 13th year.
In the course of a conversation with my friend Ret. Admiral Robert Smith, I mentioned Barnett Walker, when he was a candidate for Collin County Court #2 Judge as having been recognized as the Air Force Senior Non-commissioned Officer of the Year.
I wanted to know the significance of such an honor.

“That says volumes about the man.” responded the Admiral. “First it means that he was promoted to a rank that the United States Congress limits to the top 3% of all enlisted personnel. Secondly, even among that elite group he had to have been a stellar performer. That award encompasses many aspects such as leadership, dedication, and accomplishment. Anyone who is bestowed with that level of recognition is someone who is an unquestionable leader with a track record that sets the standards for Air Force personnel at all levels.”
This certainly explains why the 22-year military veteran completed his career as one of the most decorated enlisted men in the Air Force. Barnett’s decorations include
25 different medals and ribbons (many of them he has been awarded numerous times) from the Department of Defense, the United States Air Force, and foreign countries.
“I was never one to sit on the sidelines. As a Senior NCO, you are expected to lead by example. To me, that includes volunteering first.”
From a 19 year old in Korea to a sergeant serving in the Gulf War, the Dallas native refused to be left behind, often volunteering for duties that took him around the country and the world. Many of his assignments remain classified. He finished his career supervising a $100-million dollar program responsible for detecting missile launches and nuclear weapons testing and detonations around the globe.
Being the best he could be included expanding his education. While often working 12-hour shifts, Barnett attended college at night and on weekends. He graduated Summa Cum Laude with a Bachelor’s Degree in Criminal Justice and a 3.95 GPA.

Fulfilling a Dream
When Walker was 13, he would spend the summers helping out at his mother’s downtown Dallas hair salon. The court house was across the street, and young Walker was captivated by court proceedings and spent every opportunity attending trials and hearings.

“I would sit and listen to the proceedings, and then try and guess the verdict or how the judge would rule.”
This started as a little game that became a passion. While his peers were playing summer games, he was already committed to court proceedings and a calling that would influence the rest of his life.
Throughout his career he never lost sight of the dream of a 13-year-old boy to be an attorney one day. After retirement from the Air Force, Barnett set his sights on law school. His tireless work ethic served him well. While attending SMU’s Dedman School of Law, he was chosen to take part in the National Criminal Moot Court Competition.
This annual event pits the brightest law students in the country against one another in presenting legal arguments before the California Supreme Court. SMU won the national championship, and Barnett was singled out as the ‘Best Oral Advocate’ from among the 100 participants.

Same man, different bosses
Barnett carried on his tradition of excellence after receiving the law degree he had set his sights on from childhood. He was recruited by the Collin County D.A.’s office. There his legal prowess and attention to detail resulted in several promotions and the highest performance rating given by the District Attorney’s Office.
During a recent fund-raiser, attorney Jeremy Rosenthal told those in attendance a story about Barnett calling him on a weekend to discuss an upcoming burglary of a coin-operated machine case.
“I could not believe a prosecutor was calling me from the office on a Saturday to discuss a petty misdemeanor case. I recall thinking to myself ‘this guy is a freak of nature.” I later came to realize that he treats every case with that same intensity, and that he isn’t a freak of nature, he is a ‘force of nature!’ ”
As a leader and guardian of our Constitution, the former Air Force Senior NCO, learned the values of duty, accountability, honor, and family. He became a powerful advocate for victims and their families. During his tenure as an Assistant D.A., he prosecuted more than 1,000 criminal cases from theft to murder.
Among them was the Albert Sterling case. Sterling was the Allen citizen who was charged with hiring a hit-man to kill his pregnant wife and unborn child. Former Dallas Morning News reporter Tiara Ellis called it the most exciting trial she had ever covered.

For the Defense
Maybe it was being born on the 4th of July; or maybe it was the time he spent serving our nation, but Walker’s embrace of our Constitution is unmistakable.
He recognizes that not everyone who is accused of a crime is actually guilty. In just his third year in private practice he earned the respect of his colleagues and was chosen by his peers to serve as President-elect of the Collin County Criminal Defense Lawyers Association. He has been a guest speaker at both the Collin County and Dallas County Criminal Lawyers Associations, and he is often hired by other attorneys to assist them in trial.

For the Community
Barnett continues to expand both his legal knowledge and his commitment to serving others. While assisting as a Magistrate for mental health cases in Collin County, he learned that he is not required to accept payment for this position and has requested that the county suspend any further payments to him. When asked why he is running for office, he replied, “Being a judge will enable me to combine two of my greatest passions: Practicing law and serving our community.”

Collin County Court of Law #2
About 90 percent of the trials in this court are criminal cases.
“I am extremely honored to be endorsed by prosecutors, defense attorneys, and law enforcement. Those are the groups that are involved in every criminal case,” said Walker. “The fact that they supported my candidacy means that they have confidence that I know the law and that they trust me to apply it fairly.”
Whenever there is this level of trust for a judge, the court can reduce the amount of time and money typically spent on jury trials by having the parties try their case to the court.”
Barnett, lightened the courts with his prankster side in the first few days. Since he put on the robe, he has fulfilled and exceeded the expectations of his supporters.
The boy born on the 4th of July also fulfilled his teenage ambition.
For those of you who have friends or family who bring a child into this world on the 4th, be sure to have them read this and allow them to dream and believe!


J.B. Blocker is a media consultant based in Collin County in North Texas. Advertise with J.B. by calling 469-334-9962. Email: jbnorthtexas@gmail.com or jbblocker@hotmail.com.
Posted by Blog City at 9:39 AM