Voting or Not Voting for the Wrong Reasons. jb blocker
So you think your candidate has it locked up because their district is heavily GOP. Or you think your district will carry the DEM for the same reason. Guess again. There are several factors that could completely flip your reality. Here is just one.

Part I: Weather or not…Voter turnout is on the line.
Complacency is growing as quickly as confusion and frustration while candidates all over Texas and the rest of America campaign for seats from the Top on down.
If you are a candidate, this should concern you. If you are a Republican you have a bit of an advantage when the weather acts up. Here is an approach you should consider. 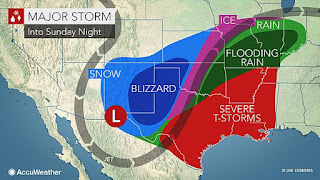 The Postman’s Pledge: Herodotus
It is said that as many days as there are in the whole journey, so many are the men and horses that stand along the road, each horse and man at the interval of a day’s journey; and these are stayed neither by snow nor rain nor heat nor darkness from accomplishing their appointed course with all speed.

What I suggest is that you gear your campaign toward pledges to vote no matter what! Not just for you, but for our country. If you are speaking, texting, or social mediaizing express the importance of committing to vote! Vote early if possible! And if they can’t do that, tell them to have their all weather gear ready. This should be your campaign at this point. Taking anything for granted is a mistake.

I understand the beauty of voting day. I have been involved in many campaigns over the years. I am captivated by the lines of committed citizens exercising their right and their duty to vote. Parents bringing their children, whole family units from the aged to first timers, couples, and of course those singles streaming in from every direction is inspirational. But there is still that chance that fickle nature gets in the way. You cannot count on great weather between early voting dates and the big day.
New York, New York:
Since I am an observer of humanity, the voting lines remind me of the day tickets sold for Broadway at the ticket box on Times Square. I love that long line that stretches and zig zags into up to three rows with hundreds of multi-cultural, multi-ethnic visitors who want to experience a Broadway musical so badly that they stand in line for as long as it takes and buy whatever seats are left.
On my first trip to NYC, my girlfriend was determined to catch a show. We had our best entertainment however as we chatted with people, guessed nationalities, and witnessed some things a boy from Sunray and a girl from Lufkin had never seen.
The show turned out to be a comedy of errors for us. I still like to buy the day tickets when I go to New York because I like watching so many cultural couples and I guess I have a taste for Pot Luck Dinners. Six Flags and Disney…not so much.  I digress!
Just like TIME SQUARE the lines in Texas are not just Black, Hispanic or White. The lines are a rainbow. Every walk of life is represented. It's a thing of beauty!
Republicans have a verifiable history of being more committed to showing up to vote than Democrats when the weather gets extreme. The Dems however have a strong ground game and are known for busing in voters in droves on Presidential election years.  In several studies including the Weather Channel, around 20% of GOP will not show up to vote due to inclement weather while the average for Dems floats around 27%.
But remember, this is Texas! Heroditus was talking Greek. The phrase, “If you don’t like the weather, just wait a day” is an understatement in Texas.
Blizzards, ice storms, torrential rains, can be dynamic and crippling for days. We could be hit with tornado's or hurricanes nearly any time of the year to boot. The best of intentions can’t overcome some of the weather we get in the Great State.
I have a distrust for mail in votes. Too many variables of mishandling are proven too often. We all know that this mishandling extends to overseas and military votes.
This election is very likely to completely change the course of our State and our Country.
We can’t let a little thing like weather control our destiny. Remember Hurricane Sandy? It effected turn out in New Jersey. The list is long on weather effected voting over the ages.
Remember Bexit
Recently, torrential rains pounded England and especially the London area. Many things happened because of the flooding. Poll stations were closed. Voters were incorrectly redirected. And many just couldn’t navigate or didn’t care to try to reach their destinations.
All the polling anticipated that BREXIT would not pass. And yet in a close race, the unexpected happened!
Put that in your pipe and smoke it a little while.
Although there many more factors that may and probably will have big effects on the coming election, we can’t ignore the weather.
The Weather Channel says:


Events like these don't have to happen right on Election Day to have an impact. "It's not just the weather the day of, it's the aftermath," explains Dr. Matt Sitkowski, a meteorologist with The Weather Channel. "It can have a lasting effect for days, especially with events like flooding and power outages."
Whether it comes from an severe weather event like a hurricane or more ordinary weather patterns, precipitation can make a difference in election day turnout, according to a Journal of Politics study from 2007 that examined the impact of weather on voter turnout in 14 presidential elections.
Though regional differences matter – an inch of rain in Seattle doesn't impact turnout the same way an inch of rain in Los Angeles would – the political scientists who conducted the study concluded that rainy and/or snowy weather caused hundreds of thousands of voters to stay home in the 1972, 1992 and 2000 elections.
What does that mean for the candidates? That they'll need to keep a close eye on the weather forecast, said Walsh, as it may offer important clues on how to focus their voter mobilization and turnout efforts on Election Day.
"All that money that the campaigns spend on advertising and speeches – at the end of the day it’s really all about the weather," he said. "In a place like Columbus, Ohio, if one percent of the voters decide not to vote, that could make all the difference."