I count among my friends and mentors some venerable and highly respected chefs and hospitality specialist.  These gentlemen are revered in the Dallas culinary community. They are iconic.
Many learned their craft in the shadows of WWII. Swiss, Austrian, French, and German influences ignited their love of exquisite dining that they eventually brought to a booming Dallas of the 70’s. It was time of great hotels and the explosion of fine dining in downtown Dallas that brought these adventurous young chefs that changed the image of dining and brought European luxury and elegance to the table.
I always felt that they liked me, but after the research for this story I realized that my charm my have been secondary to my devotion and accessibility to great coffees!
Many thanks to Chef Karl Haas and to the late great men Chef Werner Vogeli and the consummate G.M. Helmut Frenzen who as a team, made the 69th floor City Club in Dallas a legendary experience.
My 1st Dallas account as the Caffeine Cowboy was the City Club. I would tell people, "the closest coffee to heaven in Dallas was mine!"
They shared pieces of their personal memories of coffee in their post war youth with me.  jb 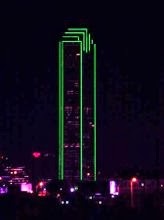 I began my apprenticeship at Gruner Heinrich (named after the book written by Gotfried Kellar). It is located on the Belview Platz in Zurich. This is a major circle much like the Arc de Triomphe area of Paris. The first thing one sees is the racks of every available publication. Patrons came daily and would checkout their choice of news or cultural information much like in a library.


It was an alcohol-free restaurant serving excellent cuisine. Pastries and desserts were very popular there and coffee was definitely the common denominator. The afternoons were wonderful times when it was very popular among the ladies to meet for light pastries and coffee talk.


Coffee was served by the portion.  A silver service providing two portions of coffee were served with one demitasse (a three ounce cup). One could not request a refill but rather ordered another portion. The cost was twice that of the finest beers, but that was not a hindrance, one expected to pay for such a fine indulgence.


At home, we were told as children that coffee would stunt our growth. I am amused now to remember this and realize that this was a way to reduce our desire to also share in the coffee.  Burnt sugars, roasted acorns, fruits, and nuts were often used to brew something to serve in our cups.  Coffee was and still is a mysterious treasure to me.

After WWII, I apprenticed on an extravagant kitchen rail car used originally by the German high command but used by the Allied Military General Court when I had become of age. One of the bonuses for those of us who worked with the Americans was their vast consumption of coffee.  They would toss in 2 lbs. of coffee at a time into giant urns all day long. They didn’t care about the used grounds, but we did!


The German citizens would stand in lines that were regularly 3 or 4 hours long just to buy 50 or 100 grams of coffee!  That would be enough in today’s times to make one or two pots. At that time, it was used much more sparingly.


Only on Sundays and special occasions was coffee served in my home. The rest of the week we were very inventive, using roasted chicory, barley, and nuts in order to pretend we were drinking coffee.


When I moved to America in 1950, coffee sold for about $8 per pound in Germany. It cost only 98 cents per pound in America.  It was with great pleasure and pride that on a regular basis I was able to ship 2-pound cans (that was the limit) to my mother who had remained in Germany.

Helmut Frenzen: The very image of a General Manager with impeccable taste, world wide experience, and who rightfully charmed devotion from all at The City Club on the 69th floor Bank of America Tower in Dallas


"Whenever my mother, her sister, or any of her close friends had the great fortune to obtain some coffee they would surely share this prize.  Coffee was treasured and traded like gold. It would have been unthinkable and unforgivable to have had some coffee and be found to have not shared it among family and friends.


My strongest memory of coffee was with my mother.  I remember a time when I was given a cup as a small child and had not emptied it.  My mother, bless her, scolded me and said, “I have cast pearls before swine.”  Leaving any coffee undrunk was an unthinkable act of disregard and disrespect.


I am nearing an age of considering retirement but the spirit of my mother lives on in each cup. I could not possibly leave a cup unfinished. My sister lives in Germany, and to my joy, she regularly sends me several pounds on a regular basis. Coffee is part of my history, my heritage. It will always be this way."

- J.B. Blocker is a media consultant based in Collin County in North Texas. Advertise with J.B. by calling 469-334-9962. Email: jbnorthtexas@gmail.com
Posted by JB Blocker at 9:42 PM